FUD: Fear, Uncertainty and Doubt. Thereâ€™s going to be a fair amount of that in 2014, and more than ever, itâ€™s going to take real estate consumers (and real estate pros, for that matter) more effort to distill the good information from the bad.

2013 is over. 2014 is here. Goodie. Reflecting on my â€œ6 Things to Watch in 2013,â€ Iâ€™m satisfied that the six things were on point, and all six points – Quality Inventory, Home Prices, Fewer Distressed Sales, Confidence in the market, buyer frustration and a lot more apartments – will carry forward into 2014.

Iâ€™ve been practicing real estate since 2001 and each year iâ€™ve said that the market is interesting and different – itâ€™s one of the reasons I continue to practice; every day is a new day with new things to learn.

Iâ€™ll be posting individual stories on these “topics to watch in 2014â€ over the first two weeks of January:

– QRM – Qualified Residential Mortgages (note that many of the rules have yet to be written). Will it be hard or harder to get a mortgage in 2014?

– Interest Rates – will they go up or down or stay flat? This speculation always brings uncertainty into the market

– Home prices – Up, down, flat? Can sellers sell? Can buyers afford to buy?

Iâ€™m going to touch on these as well in my January monthly note, which, based on feedback, has proven to be equally valuable to those actively in the buying/selling process as well as those who bought years ago and remain in Charlottesville.

All told, I think Lauren at the Newsplex accurately quoted me in her story last week, and what I said well captures 2013 entering 2014:

â€œFewer people in the market are under water, meaning that they are able to sell and not lose their down payments or their savings,â€ Duncan explains.
…

But as many people continue buying homes in 2014, the amount of renters will also rise.

â€œWe’ve seen people who used to buy now choosing to rent, because they don’t know if they are going to be here for more than four to five years,â€ says Duncan. â€œI think there has been a reevaluation of what it means to buy a home.â€

My advice to my clients, whether they are buying or selling, (sounds silly, I know) starts with listening. Where are they now (in life, jobs, homes), where do they want to be (see previous notes) and where can they get realistically?

END_OF_DOCUMENT_TOKEN_TO_BE_REPLACED

Once again, the Virginia General Assembly will be in session soon. Theyâ€™ll be filing all sorts of bills from whether a meth lab house needs to be disclosed (they tried this one last year, too) to whether there should be an extended minimum clearance space vehicles passing bicycles to this oddity: “Signing of pleadings, motions, and other papers; real estate licensees. Proscribes an individual from alleging a real estate licensee has engaged in untrue, deceptive, or misleading advertising unless such licensee has been convicted doing so.â€

Richmond Sunlight is a tremendous resource for staying informed, getting educated, and realizing that thereâ€™s an awful lot of Commending in the General Assembly and that paid lobbyists are probably the only ones who can keep up with the flood of bills (and know which ones are BS, which ones are legitimate, whoâ€™s supporting what and which ones have a chance to pass).

As distasteful as politics are, this stuff matters. If youâ€™re interested in what Iâ€™m tracking, these are the bills that Iâ€™m following. What interests you?

END_OF_DOCUMENT_TOKEN_TO_BE_REPLACED

Thank you. Thank you for reading this year. Your time, your insight – on and offline – is a huge part of why I do what I do here.

Iâ€™m planning some stories for 2014 – obviously a bunch of new stories but also quite a few that have never made it out of â€œdraftâ€ status in my moleskin or my writing program.

The wonderful thing about real estate – both as a career to practice and as something about which to write – is that every year is different and interesting. Having written well over 4,000 stories since January 2005 here (some of which are pretty good) there remains plenty to write.

– Unemployment and its affect on the housing market

– New construction – more is coming – what will its impact be on infrastructure and the resale housing market?

– The impact of new mortgage rules – Qualified Residential Mortgages are finally being implemented, and while the rules haven’t yet been finalized (or written) this new wrinkle will affect the housing market.

– Iâ€™ll continue to localize national real estate advice. This is a wonderfully useful overview of the home buying process, with at least one detail that doesnâ€™t apply to the CharlAlbemarle area – when buying a home, you wire the money.

– What do you want to read about? What interests you?

If you want to stay informed every time I write a story, Iâ€™m asking you to consider subscribing; you can do so here (itâ€™s the second option).

If thatâ€™s too much email (and for me, it probably would be) – you can subscribe to my monthly note , which is where I write some of my best (and definitely my best-edited) stuff.

END_OF_DOCUMENT_TOKEN_TO_BE_REPLACED 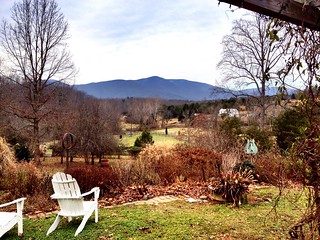 I took the above photo the other day when showing a house in Nelson County. Sometimes it’s easy to forget the beauty that surrounds us in Charlottesville.

– Take the 8 minutes to listen to this story. Replace “Austin” with “CharlAlbemarle” – Austin or Aspen? Is a question ask of Charlottesville and a comparison to Charlottesville often made. But – do we want their traffic challenges? NPR notes – Even An 85 MPH Highway Can’t Fix Austin’s Traffic Tangle … and then you have this story from Wired – Public Transit Is Underfunded Because the Wealthy Donâ€™t Rely on It. Huh.

– The downzoning of West Main – in light of the recent spate of apartment buildings, it’s not surprising that City Council wants to take a breather. But at least one of the choices to preserve is bizarre.

-The only two areas in Charlottesville that resemble this are Farm Colony in Greene (a fantastic neighborhood) and Bundoran Farm in Southern Albemarle. Local food matters, and how much more local could you get than your own neighborhood?

– Your Neighborhood Significantly Influences the Air You Breathe – Something to consider when you’re evaluating where to live.

END_OF_DOCUMENT_TOKEN_TO_BE_REPLACED 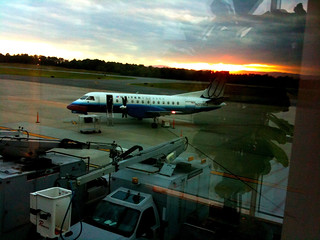 Having recently completed an 800 foot runway extension, CHO is about to spend $4 to $6 million.

A reconfigured security screening area and new, larger public restrooms â€” before and after the TSA checkpoint â€” are among the elements that likely will be the most visible changes for travelers.
In addition, the terminalâ€™s deli and gift shop will be relocated; passenger departure and seating areas will be expanded; electronic gadget charging stations will be added; a business center will be added upstairs; and the terminalâ€™s escalators will be replaced.

Having easy access to such a nice airport is a positive for many who are seeking to purchase in the area. I can’t count the number of times an incoming client has asked about CHO. My response has always been that when it works – departure and arrivals are smooth and on time – it’s a beautiful thing. When it doesn’t, the hubs that CHO feed are nice. 🙂

A question – how much larger will the (can the?) airport grow? How will it affect the area surrounding the airport?

END_OF_DOCUMENT_TOKEN_TO_BE_REPLACED

Growth within Charlottesville City limits is going to get even more dense in the future, and not just along West Main Street.

Itâ€™s long been said that the area south of the Downtown Mall is some of the best real estate in the City of Charlottesville.

Itâ€™s a big plan. Bold, edgy and, in my opinion will likely result in something sometime that will look a little bit like the proposed plan. In true Charlottesville fashion,

â€œItâ€™s a conceptual study, and one of the things we recommend as an immediate next step is additional study,â€ Pierce-McManamon responded.

This is the sort of thing that anybody thinking about buying or renting anywhere near the City of Charlottesville should at least know about, if not know. Everything will be touched by this plan – by its implementation and by the conversation about the possibility of the implementation. Thoughts of “what if” will impact property values and buyers’ decisions.

This proposal touches on everything – the economy, transportation, infrastructure, affordable housing (Friendship Court would be gone), jobs, the real estate market – everything. Keep in mind that this is a visionary plan. So far as I can discern, there is no developer in the wings pushing for this plan.

You may want to spend some time reading the linked documents – 300 plus pages – at Charlottesville Tomorrow. The historical section that breaks down the development history of downtown Charlottesville is particularly interesting.

By 1990, connectivity in the area had decreased dramatically. Although new buildings began to spring up along Garrett Street in the 1980s, the super-blocks remained. New development occurred in a piece-meal fashion, without a large-scale employer taking the place of the previous industries which had closed.

There is likely to be more discussion at cvillenews.

END_OF_DOCUMENT_TOKEN_TO_BE_REPLACED

Derek Quizon at the Daily Progress reports that the University of Virginia is looking to spend well over half a billion dollars in the next few years.

Implementing the University of Virginiaâ€™s five-year strategic plan could cost more than a half-billion dollars, much of the money going to faculty, according to school estimates.

UVaâ€™s administration has avoided publicly discussing the planâ€™s cost, calling it a fluid and unpredictable figure. But a 44-page analysis obtained in an open records request put the estimate at $564 million, almost a fourth of that amount covering faculty pay raises and net salaries for more than 400 new professors, mostly to cover an anticipated wave of retirements. Faculty startup packages â€” or research seed money â€” would total almost $200 million.
…
The analysis said about $330 million would go toward faculty. The university expects to replace 295 retiring faculty with 425 new hires. Additional faculty is needed to account for projected enrollment growth, Sullivan wrote in her letter to the board. Enrollment is expected to increase by 1,089 over the five years of the plan, starting next fall and ending in 2019, according to the analysis.

Pouring that much money into the Charlottesville area is likely to have a positive effect, but I’m curious as to what the impact will be on tuition and housing. What plans are being made (if any) to accommodate the new students? Presumably the slew of new apartments on West Main Street will house some of these students. Any plans for new parking garages?

I’m curious too why it took a FOIA to extract these numbers from the University.